This method is how I tackeled the sharp points in the border of The Gardens Of A King. I was able to appliqué them all on the quilt in about two evenings. First prep the appliqué shape with starch, just like I've shown you in pasts posts for English Paper Piecing. Then use an invisible appliqué stitch to sew the first side of the elongated star. Take an extra stitch at the point. Use small stitch lengths as you sew the last 1/2" or so of the side of the shape. 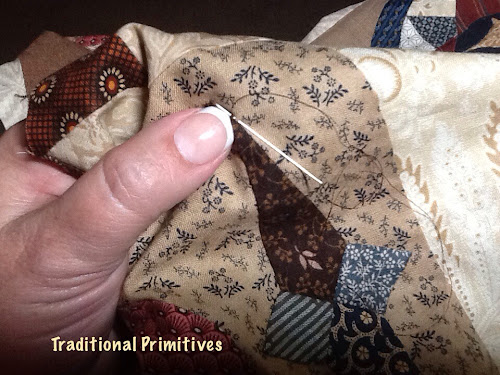 Hold the thread tight and keep it out of the way by trapping it under the needle off to the side on the background. 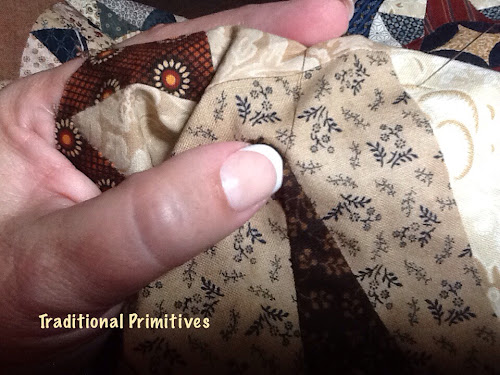 Then trim the seam allowance away so that you have only about 1/8" to tun under the appliqué shape. This is very small and I would never trim so close without using starch to prep. The starch helps the small seam stay in tact without fraying. 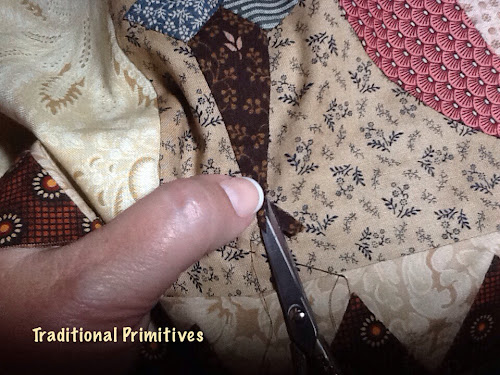 You can see how much was cut off. 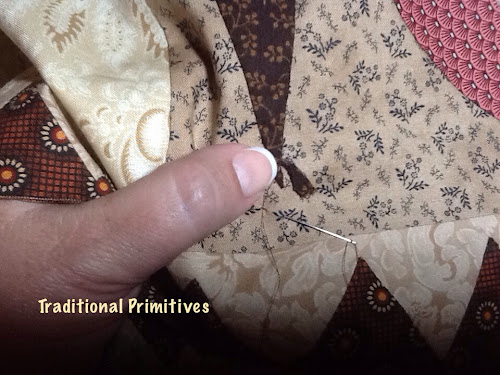 I took an appliqué class from Linda Jenkins years ago and she taught us to use a round toothpick at points and corners. I skip it unless I have a sharp point. It works great! Roll the toothpick under and swoosh backward to roll that seam allowance under the appliqué shape. Hold the appliqué shape firmly with your fingernail. 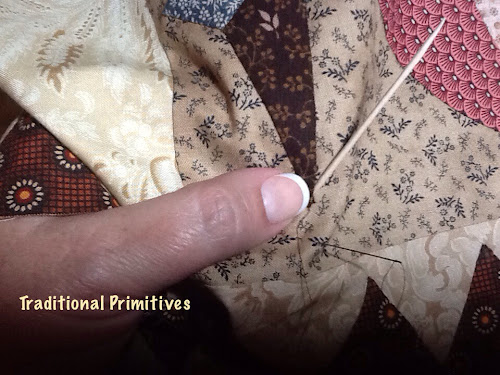 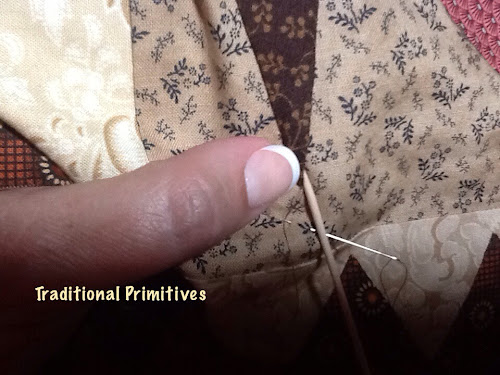 Begin sewing with small stitches to keep the shape nice and straight. Small stitches will also hold the seam allowance inside and underneath that a shape. 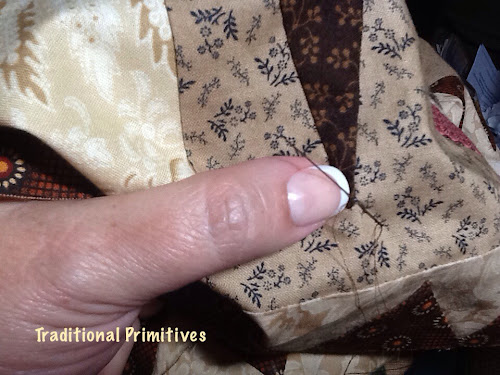 And here you see a nice sharp point with straight edges leading to the point. I've laid the needle next to it so you can really see how straight the shape is and how sharp the point is! 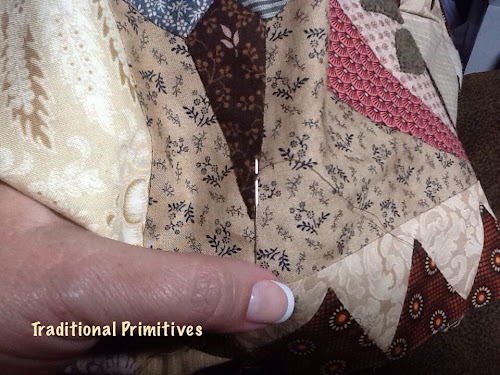 Easy Peasy! Good luck and let me know how this works for you!

I'll post another way to do sharp points next time. Have a wonderful Thanksgiving to those of you in the USA. Travel safely as Mother Nature is giving us some snow to deal with!

I'm so thankful for all of my blog friends!

PS...check out Karen's blog for some updates on her Gardens Of A King quilt. She's doing great! I've told her she's making me want to make another version of this King George The III Coverlet remake! Maybe....since I HAVE been going through withdrawl symptoms from not sewing on The Gardens Of A King for a good week or so now! My name is Missie and I am addicted to English Paper Piecing with Starch!! If you want to make your own go to Traditional Primitives for your own copy!

Posted with Blogsy
Posted by Missie of Traditional Primitives at 2:41 PM

Missie of Traditional Primitives
Des Moines, Iowa, United States
I have loved sewing all of my life! I'm a little bit lost if I don't have an applique or punchneedle project going...can't just sit with idle hands. In the evening, I'm a quilter, wife and Mom! Could life get any better? I am blessed! 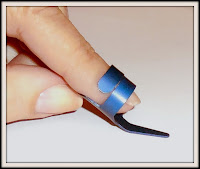